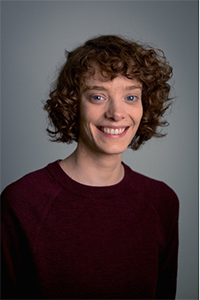 Exclusive and Excluding Perspectives on the Past: Narratives of Victimisation among the Contemporary Right in Austria and Northern Ireland

Contemporary right-wing organisations appropriate history in exclusive ways: They build upon narratives related to national histories and forge visions of the past that highlight the unique role of their group as the vanguard of society. They often times portray dominant social groups as victims of adverse sociocultural change, exemplified by an ‘unjustified’ support for minority rights, recognition of cultural diversity and erosion of ‘traditional’ societal norms. Such perceptions of ‘victimhood’ indicate the concern of these groups about the reversal of their dominant sociocultural position.

My PhD project will study these processes of reframing narratives about the past in contemporary society: Why and how do reactionary memory actors construct their own victimhood using nationalist narratives about the past? Whom do they speak for and how? What is the meaning of these political narratives for recipients? Using a comparative approach and narrative examples from Austria and Northern Ireland, I will explore similarities and differences in these processes taking place in different parts of Europe. Loyalists, unlike the ‘new right’ in central Europe, have genuinely suffered from violent conflict, and region-specific traditions of claiming victimhood also affect contemporary political narratives. Yet, groups such as ‘Generation Identity’ in Austria and the Orange Order in Northern Ireland also express their local grievances by drawing upon a more universal ‘culture of victimhood’ to gain political agency and recognition for their perceived and genuine misfortunes.

Data for my analysis will be drawn from online and print publications by right-wing groups (e.g. ‘Generation Identity’, the Freedom Party; the Orange Order, the Democratic Unionist Party), as well as from qualitative interviews with individuals identifying with these narratives. The information from these interviews will be key to understanding these processes of claiming victimhood.