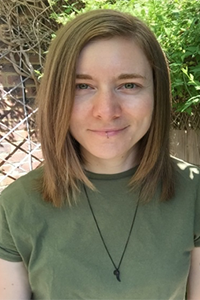 Non-binary Performances: The relationship between fashion, identity and the body in individuals with non-binary gender identities

This project seeks to explore the role of fashion and dress in the expression of non-binary gender identities. Through a series of interviews with non-binary-identified people and textual analysis of online content, the study will focus on the ways in which non-binary people negotiate their gender in a binary world through their everyday fashion practice, and how non-binary fashion is portrayed within online social media spaces. Non-binary is a relatively recent term used by some individuals who feel that their gender identity is neither exclusively male nor female. The term can be used to encompass a number of gender variant identities including "genderqueer," "gender fluid" and "agender", and is often included under the broader transgender umbrella. Over the last decade there has been a significant increase in both theoretical work on the subject of transgender identity and sociological research into the lives and experiences of transgender people (e.g Nagoshi and Brzuzy: 2010, Davis: 2009, McGuire et al: 2016). However, research which focuses specifically on non-binary identities remains extremely limited, and there has been little exploration of the social and cultural aspects of non-binary gender expression. This original research project is interdisciplinary in nature and will draw upon theoretical work from several fields of study including queer studies, transgender studies and cultural studies in order to gain new insights into the relationship between gender, fashion and the body. In focussing on nonbinary identities specifically, the research will contribute to understandings of the experiences and perspectives of a group of individuals who are often overlooked, both within the field of fashion studies and also within the broader area of transgender research.