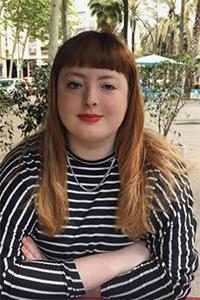 Rioting and Reproduction: Theorizing and Historicizing British Queer Liberation in the 1960s and ‘70s.

The aim of this research is to theorize the unfolding of British queer liberation as a contested and violent plain of struggle and to document the social and cultural histories of both suffering and solidarity that have been obscured by what José Esteban Muñoz terms “the here and now’s totalizing rendering of reality.” The project will weave together historical and theoretical methodologies in a case study of emergent queer liberation fronts and their cultural output in Britain in the 1960s and 1970s, simultaneously producing both a History and a Theory of queer political antagonism. The two categories of riot and reproduction will form the backbone of the project, the former referring to Joshua Clover’s recent expanded conception of the riot as circulation struggle, and the latter to forms of life-making and community-building beyond the violence of street confrontation.This proposal is motivated by a desire to deconstruct the dominant cultural narrative of LGBT tolerance and equality that has reigned in parliamentary and media discourses since the Sexual Offences Act (1967) and its ostensible decriminalization of homosexuality in Britain. I argue that the apparent permitting of LGBT life in legislative, rights and employment structures in Britain has effaced the classed realities of state-sponsored violence, poverty, precarity and unemployment for vast swathes of the queer British population. Surges in hate crime, youth homelessness and denial of asylum continue to beset British LGBT communities, while receiving scant mainstream media attention compared to ongoing debates around identity politics, safer spaces, and the crisis of free speech. These omissions and inclusions suggest that an analysis of queer British history as class war is urgently needed. My own experience as a part of that community compels me to probe at the historical conditions of queer liberation, to understand the violence of everyday life by looking to the forms of economic and state violence that marked ‘60s and ‘70s LGBT life, and forms of resistance and recuperation.                                                                                               One of the project’s aims will be to create a public web resource built in collaboration with community history projects and LGBT archives. Throughout my research, I will collect fragments of narratives from landmark events in the period of study, with the view to disseminating them online for maximum accessibility among LGBT communities in Britain today.