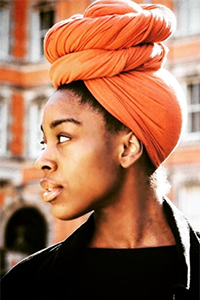 “There has been no cross-cultural functional analysis of the [a]etiology of ethnic images in the [Caribbean] region,” writes Anthony Layng (1975). In this project, I seek to address this lack by investigating the cause and effect of popular stereotypical images (‘Mammy’, ‘Jezebel’, ‘Buck’, ‘Savage’ etc.) and the counter-responses to them in Anglophone Caribbean literature. I shall examine the origins of these stereotypes, the rationale and conditions which have allowed them to exist and the relationship between cultural stereotypes and cultural identity.

The relationship between Caribbean bodies and Caribbean land is central to this project. The perpetuation of stereotypes can shape identity and justify abuse, however, there has been little regard for the impact that these stereotypes have on the environment. The responses to, and demythologization of, Western stereotypes by Anglophone Caribbean writers is an attempt to reclaim the Caribbean body and promote positive ecological practices. Framed as exotic and erotic, the bodies of the indentured natives and diasporic slaves, once dominated and policed, are now being rewritten by Caribbean authors looking to both historicise their identity and to liberate it from the internalised legacies of colonialism.

I argue that the bio-political control of Caribbean bodies is reflected in, and perpetuated by, the use of proprietorial language and controlling images which depict the Caribbean as virginal territory ready to be conquered.This study will examine works by Anglophone Caribbean writers who, from the twentieth century, have produced a significant body of literature prized for its contemporary engagement with the colonial legacy in the form of the neo-slave narrative.

Employing resources from across the humanities, including post-colonial scholarship, literary criticism and ecocriticism, I will argue that the reconstruction of Caribbean identity requires both looking backwards, to recuperate a suppressed history, and forwards, to attentive responses to the human and the environmental body. Therefore, this study approaches post-colonial Caribbean writing in its engagement with European hegemonic literature, from Defoe onwards, to examine the use and perpetuation of stereotypes and to assess the autonomous power of ‘writing-back.’ My fictional corpus will include: The Long Song (2010) by Andrea Levy, The Arrivants (1973) by Kamau Brathwaite, At the Full and Change of the Moon (1999) by Dionne Brand and Slave Song 1984 by David Dabydeen.