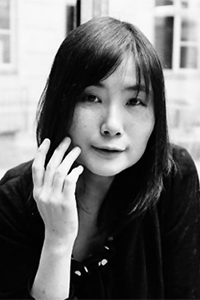 Sagacho Exhibit Space: analysing innovations in art, systems and culture at Japan's pioneering alternative space, across the 1980s and 1990s

Almost a decade ago the former gallerist Masami Fujii justifiably described 1980s Japanese art as "a ghost hovering in the air". He was referring to the poor standard of academic work in this area due to the lack of existing art works and documentation. With little institutional and/or commercial support, artists in 1980s Japan were frequently obliged to self-fund makeshift exhibitions at galleries-for-hire where works were often discarded after a show. Partly reflecting this situation, the recent global-scale revisionism in post-war Japanese art has hardly touched on the 1980s, choosing instead 1960s/70s avant-garde artists or market-friendly generations that emerged after the 1990s. My research seeks to fill this significant gap by focusing on Japan's so-called "first alternative space" - Sagacho Exhibit Space - that mounted 106 exhibitions between 1983 and 2000. Focussing on the early years from 1983 to 1990, I will explore the innovations in art, systems and culture made by its cross-cultural founder, Kazuko Koike, by placing her gallery's interdisciplinary activities in a wider context of culture and economy, where the boundaries of public and private, and art and design were blurred under the corporate-led postmodern and philanthropic cultural phenomenon of Japan’s bubble economy.Adopting archival, historical and interview-based research methods, and paying particular attention to the gallery's extensive archival material held by the Sagacho Archives and Koike personally, I will analyse and interpret the roles played by this privately-run gallery as a major public and educational institution. My analysis will include the impact of the gallery then, and later, upon the public and art professionals in Japan and within an international context. Ultimately, my research will propose a new analytical framework for 1980s Japanese art and culture that will make a substantial contribution to knowledge and understanding of a crucial and overlooked area of contemporary Japanese art.