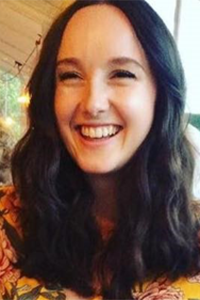 POOL Group and the Modernist Ciné-novel

This project examines the relationship of filmmaking, film criticism and fiction in the work of three neglected writers, critics and filmmakers in the POOL Group: Robert Herring (1903-1975), Kenneth Macpherson (1902-1971) and Oswell Blakeston (1907-1985), attending in particular to the ciné-novels that the three men produced and the relationship between literary and filmic form. These texts are Cactus Coast (Herring, 1934), Poolreflection and Gaunt Island (Macpherson, 1927) and Extra Passenger (Blakeston, 1929). The film criticism is the extensive body of work in Close Up, along with the contributions of Herring in particular to The Guardian, The Listener and Life and Letters To-day, and Blakeston to a wide variety of journals. I will also attend to Blakeston’s and Herring’s short prose works and poetry, published in collection in the early 1930s and in a number of ‘little magazines’ and to the collaborative image-text projects Death while Swimming (Blakeston’s poems illustrated by the filmmaker Len Lye, 1932) and Few are Chosen (Blakeston’s prose with photographs by the surrealist Francis Bruguière, 1931), and Herring’s 1930 collaboration with the painter Edward Bawden about a film shoot, Adam and Evelyn at Kew (1930). Alongside these texts I attend to the surviving films of Macpherson and Blakeston: Wing Beat, Foothills, Monkey’s Moon, and Borderline (Macpherson, 1927-30, though none are complete) and Light Rhythms (Blakeston & Bruguiere,1930). I shall attempt to reconstruct elements of Blakeston’s lost I Do Love to be Beside the Seaside (1929) from reviews, correspondence and promotional stills. Using digital tools, some of which I shall adapt for the purpose, my project will be undertake formal comparisons of rhythm – in a loose sense relating to patterns of shot length and ratios between shots, in both the films made by these men, and those films they espoused, and in the texts they wrote, asking how cinematic is the ciné-novel and how literary are its producers?