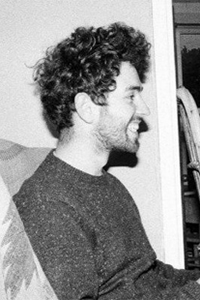 This practice-based PhD will explore how late modernist and experimental poetics enact encounters with the ancient languages and regional dialects of the British Isles via formal innovation, translation and linguistically hybrid methods. I will work from Anglo-Saxon, Old Norse and the Scottish dialect Norn as the basis for my own practice in poetry, sound composition and performance. I will contextualize this work in relation to modern and contemporary writers who use ancient texts to approach linguistic alterity and a radical ecopoetics. Experimental and interdisciplinary poetic practice, I will argue, creates openings in which ancient language encounters can take place, encounters which bring important dimensions of otherness to the discourses of eco-criticism and literary geography. ‘Hybridity’ is used as a suggestive and provocative term, referring both to interlingual practice and to interactions with the non-human that construct radically combinative ways of thinking, writing and performing. This position of ontological participation or ‘reciprocity’ finds grounds in a philosophy of ecological phenomenology, as discussed by David Abram and Giorgio Agamben, and in Jane Bennett’s recent assertion that ‘we are also nonhuman’ in our material bodies and through the natural forces that shape our actions. Much of the poetry I will discuss encounters ancient language at geographic peripheries or points of environmental extremity such as islands, moorland wilderness or the Arctic North. In such cases, I argue, the linguistic alterity achieved by an engagement with ancient text accompanies a parallel urge to estrange, or move beyond, a human-centered philosophy of being. My project will be divided into four chapters of research, each of which is organised around a set of key ancient and contemporary texts, a particular language / dialect group or a geographic region. In each chapter my research will provide the basis for a new piece of creative work, primarily taking the form of written poetry that experiments with ancient etymology, geographic history and non-human utterance. It will also involve performed or recorded sound works that combine music, field recordings from researched locations and electronic composition with spoken text.