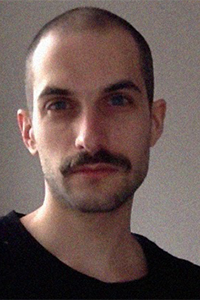 Showing Doing and Beyond. On the Politics of Theatre in Cybernetic Capitalism

The history of theatre—performance and dance included—is a history of showing doing. Having beeninvented in ancient Greece as a response to the Gods, death, or the contingent bond of the community,theatre's task consisted in showing precisely that these Others cannot be shown. More generally, theatrecan be perceived as the introduction of a relation to the aesthetics and politics of being that is based onthe registers of theatricality and performativity, their respective opposites included. In the proposed research, I intend to explore how recent developments in the political realm tend to undo theatricality and performativity, thus radically challenging theatre’s core registers and its political relevance. On the basis of a Foucauldian and Deleuzian approach, it shall be demonstrated that the political wars of capitalism and cybernetic control have come to dominate the political sphere in a way that totalises and ultimately transgresses theatricality and performativity—after all, if cybernetic means of war potentially make everything seeable and doable, then showing doing becomes purposeless. Moreover, while theatricaland performative practices rely on subjectivity and its negation, cybernetics mainly operates independently of subjectivity. Against this backdrop, case studies (Imhof, Spångberg, Desideri, et al.) shall reveal how European experimental theatre, dance, and performance react to this asymmetry between contemporary politics and theatre. It can be stated that it produces a split between those who reaffirm theatre and render productive the asymmetry, and those who re-establish a symmetry so as to critique cybernetic capitalism from within. The latter effort results in the rejection of showing doing in theatre, and therefore in the creation of what I propose to call post-theatre. Most importantly, in some cases, theatricality and performativity are left behind without other registers being established in their place, thereby pointing towards a radical politics of freedom.