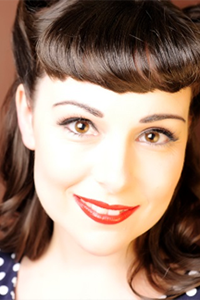 The Nouvelle Vague was a relatively brief period of French film history that was revolutionary in terms of its methods and techniques. It was also a period that is almost entirely masculine, from its cinematic output to its resultant academic criticism. Given that the majority of films from this period were directed by men, gender is represented patriarchally through the male gaze. Re-viewing these works from a contemporary viewpoint shows idealised and misogynistic gender characterisations. I propose to re-examine this period through a new post-feminist analysis of a body of ‘lost’ work by female director Paule Delsol, an active participant in the Nouvelle Vague, as well as other works of female directors through archival research. I will explore how female directors represented gender in ways that challenged the perceived norms of gendered representation by their male peers, how the challenges of entering the male industry affected this To analyse these works, I will construct a new theoretical framework drawing on established feminist film theory, in addition to exploring how more recent developments in gender studies and the moves towards post-feminism can offer a more nuanced understanding of gender and forms of female embodiment in the Nouvelle Vague. My work will be centred on Delsol’s substantial body of work, with a particular focus on her first feature-length, 1964 film La Dérive (Drift), as well as her subsequent short films and later television productions. I will also seek to identify other ‘lost’ sources, with a view to curating screenings and garnering audience reception materials. My new critical framework will contribute to new perspectives of the Nouvelle Vague and its representation of gender, which could then be extended to other national cinemas, for film scholars seeking new interdisciplinary approaches to gender and film.