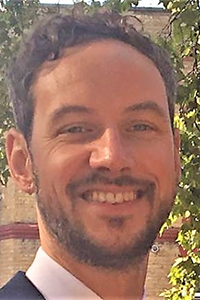 Spectacles against The Spectacle: Is a new politics of paradox emerging in British experimental theatre of the 2010’s?

This practice-based PhD will identify and further a distinctively paradoxical vein of British theatre. It will do so in order to explore the political potential of this theatre, including performances by theatre-makers such as Tim Crouch, Lucy McCormick, Nigel & Louise and myself. Research will mobilise Guy Debord’s The Society of the Spectacle (2014 [1967]), which conceives advanced capitalism as an overarching and trance-inducing Spectacle, as a lens through which to view performances. Experimenting within mainstream theatres, seeking popularity for political ends, and creating spectacles against The Spectacle in a theatre industry that epitomises both cultural margins and elite, these performances engage with myriad paradoxes of form and context. These may both seed and inhibit their political efficacy. To what extent might this theatre’s political potency reside in its ability to deviously utilise the very paradoxical or even compromised nature it stands accused of in this self-critical project? By placing form at the heart of a cultural-materialist enquiry into political theatre, my project will address a significant gap in the current debate. Scholarly research will reassess received understandings of politicised theatre practices from the nineteen sixties to the present. It will then explore ‘the political’ in the work of salient contemporary theatre-makers, always asking how context (who is making and receiving performances, in what spaces governed by what social rules, and in what ways) impacts on form (close analysis of performances). My professional standing as an acclaimed experimental playwright operating at the borders of UK theatre’s centre-ground, offers an ideal vantage point from which to practically address these questions. In close dialogue with scholarly research, I will create three professional performances that experiment with new forms and mainstream contexts through which to subversively enact spectacles. These include collaborations with communities (young people in Cambridge and Leeds, industrial workers in Teeside) and my first collaboration with a composer (Tom Parkinson).  Such practice-based investigations will activate my scholarly research, illuminating the extent to which a political theatre of paradox can ironically co-opt dominant modes of representation and communication that were themselves co-opted from the arts (Williams 1983, McKenzie 2001, Boltanski & Chiapello 2004). This theatre may make complicit ‘witnesses’ (Etchells, 1999) of its audience in newly and presciently paradoxical ways, opening up new channels for political activation. Whether these channels are meaningfully tuned in to may depend on the ability of the performances to navigate their, and their industry’s, own contextual paradoxes. Can a popular theatre exist without meaningful connection to a populace?