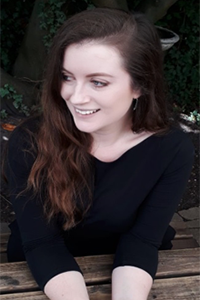 This project addresses the unresolved issue of whether depictions of eating disorders and extreme female thinness reinforce or reject those phallocentric representations of femininity that identify women as a site of alterity in Western philosophy. My research primarily focuses on women’s fiction from the 1970s and 1980s because of this period’s heightened cultural awareness of such issues, as is demonstrated by feminist theorists of the time who used anorexia as a theme for philosophical debate.

This project draws on existing theories in the fields of anthropology and the medical humanities in order to investigate the politics of eating disorders in women’s writing from this period. Understanding that different illness narrative subtypes can be identified depending on the level of moral purpose and narrative clarity exhibited in accounts of illness, this project seeks to delineate representations of eating disorders in a similar way. This thesis will argue that chaotic narrative types reinforce the cultural association between women and death through the inclusion of uncanny literary features which allow issues of mortality to haunt these texts. On the other hand, this research suggests that texts in which these uncanny features are absent, or presented retrospectively, demonstrate a sense of narrative clarity and order more typically associated with the quest subtype of illness narratives. In other words, the perspective of the recovered patient allows for constructive female self-assertion by allowing the narrator to attribute a sense of moral purpose to the previous chaotic illness experience.

This research looks beyond the traditional image of the young, white and privileged eating disorder sufferer prioritized by much of the previous debate in this area by arguing that uncanniness is universal to the embodied experience of eating disorders. In this sense, this project demonstrates how the uncanny provides a method of navigating the issues of race, age, mood, and trauma that haunt representations of eating disorders in women’s writing of the mid to late twentieth century. By exploring how depictions of eating disorders function as different narrative types, this research will work to dispel any generalized theories regarding the politics of eating disorders and demonstrate how prose, as a form of poesis, can allow literary thinkers and medical professionals to better understand the complex issues of embodiment that contextualize such illnesses.