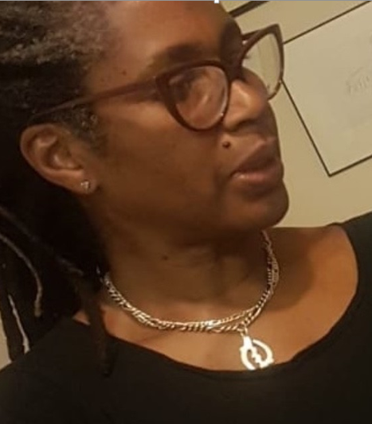 Africandescence: How does a Sankofa aesthetic function in a British black female reading of avant-garde films?

Africandescence, a neologism conjured by the author, serves two purposes. First, to signpost an ongoing commitment to use filmmaking methodology and light-based media for textual enquiry and knowledge dissemination. Second, to signpost a critical engagement with the positioning of types of cultural forms popularly, politically and culturally identified as ‘diasporic’. Africandescence research methodology and practice aims to engage a new generation of consumers, manufacturers and promoters of popular hair, beauty and lifestyle products by using video, photography, and the conventions of popular magazines to deliver research findings. Underpinning Africandescence is a practice-based research project, designed to create and evidence, for academia, original knowledge about aesthetics, audience and contemporary British black female subjectivities. ‘Sankofa’ is a proverb of the Twi language of Ghana. It is borrowed here, from the name of the Association of Cinematograph, Television and Allied Technicians (ACTT) workshop, Sankofa Film and Video, producers of Attille’s 1988 short film Dreaming Rivers, to suggest a return to arguments, pedagogy and production strategies of avant-garde film aesthetics. This return aims to test possibilities of picking up missed cues to inform considerations of representation and non-representation, and to project forward relational narratives of female desires into a digitally fluid future. The primary text for this locating an inquiry on intimacy within constructions of race, sex, sexuality and class is Je Suis Martiniquaise by Lucie Combette, published in 1948 by Edition Corrêa under the pseudonym Mayotte Capécia. Building on scholarship by Combette’s biographer, Christiane P. Makward and the translator of the original French text into English, Beatrice Stith Clark, Africandescence enters a cinematic dialogue with the text, using the 2012 republishing of Combette’s work in its original language, with an introduction by Myriam Cottias, Director of le Centre international de recherches sur les Esclavages (CIRESC) and Madeleine Dobie of Columbia University.