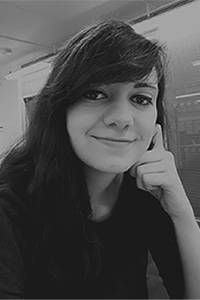 Neuro-Gothic: a new history of madness

In Madness and Civilisation, Michel Foucault explores the history of madness in terms of the changing systems of knowledge and power which shape the diagnoses, containment and treatment of mentally ill people. From the A1:I59 of the eighteenth-century, Gothic fiction’s constructions of madness as an excess to reason, a disturbance of self and body or a threat to society participates in a process of shaping and contesting the scientific and popular forms of knowledge and contributing to discursive formations of madness: it complicates moral and sexual relations (in representations of virtue, vice and hysteria); entwines aesthetic and neurasthenic modes (in Poe’s diseased imaginings); gives form to the dark, pathological contents of the excitable unconscious (in Freud as well as in the fiction of the late nineteenth century). Gothic writing discloses itself to be a fiction of the nerves (‘neuro-gothic’). Notions of trauma, psychosis, schizophrenia that arise from late nineteenth-century studies (in Freud and Krafft-Ebing notably) are reframed by medical psychiatry and anti-psychiatry in neurochemical or existential terms: issues of (social) institutionalisation vie with questions of self-formation and are refracted in new Gothic writing (like that of Patrick McGrath). Current developments see an extension of neurological focus in which older notions of trauma are reconfigured in cognitive terms (PTSD) and types of brain damage serve to elaborate a distinctly neuroscientific framework that alters technical and conceptual approaches to madness. The philosopher Catherine Malabou outlines the role of neural plasticity in the identification of altered models of consciousness: the new wounded – divested of the subjectivity, sexuality and unconscious mental structures observed by Freudian analysis – names beings defined by types of neurological damage. These beings, moreover, are very much creatures of a late twentieth- and early twenty-first-century environment of mediated and technoscientific innovation. They are also significant figures in a new yet still neuro-gothic cultural alignment in which older forms of horror migrate into the new media transforming daily life and consciousness: ‘neuromantic’ ghosts (in cyberpunk fiction), walking dead in games and on screen and the spectral self-haunting dominating accounts of dementia signal a significant and extensive development of gothic tropes.