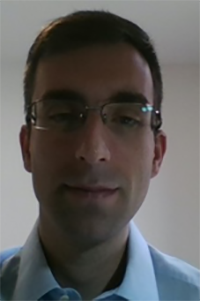 As the only full surviving example of an inheritance case within Roman civil law, the speech Pro Caecina is uniquely positioned within the collection of Cicero`s speeches. Not only does it reveal how Cicero could turn his hand to a case which has been described ‘as complicated in the extreme’ (Fotheringham, 2004: 254); it offers unparalleled evidence for historians of Roman legal statutes as well as a unique glimpse into the business world of Roman Italy. And yet, scholarly treatments of the speech have not been plentiful. While Fotheringham (2004) offers a subtle linguistic analysis, only Frier (1985) has seen the real potential for this speech in providing material for legal analyses. The project thus aims to expand on existing scholarship in a number of important respects.To begin with, the aim of my research is to provide the first extensive commentary on this fascinating speech in English. Secondly, it will seek to investigate the difference in law between possession and ownership in first century BC Rome. This speech has also a strong Italian dimension, and therefore it raises the question of how the Italians are presented in the speech and what this tells us about Roman and Italian identity in the generation after the Social War (91-88 BC). Thirdly, the contribution which my thesis will make to scholarly understanding of the speech is both the examination of whether Cicero misrepresents the law or not and how his multiple, ‘potentially incompatible’ (Fotheringham 2004: 257), legalistic arguments led him to win his case. And, finally, the objective of this project is to use interdisciplinary approaches in analysing the speech combining linguistic methods such as discourse analysis, text linguistics, pragmatics, speech act theory and stylistics with rhetorical theory and the study of history and law.