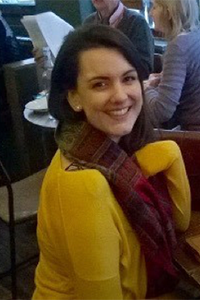 Mary Shelley’s Frankenstein is cited in a reactionary way in modern popular culture (Frankenfoods, Frankenhooker) but what is interesting is the novel’s specific relation to political discourse. The twentyfirst century mediations of Frankenstein on which my research will concentrate mark a return to the radical political agenda of Shelley’s novel. Frankenstein is concerned with what it means to be human in law: thus when the monster returned to the stage in 2011, it was only to be told “You have no rights!” (Boyle). My research will focus on this exclusive assertion to examine how the monster has become an envoy of modern justice. The monster is resurrected through different media at significant temporal moments; the resurgence in the mediations of Frankenstein in the twenty-first century represents a reclamation of the text in the context of human rights issues, against the reactionary usage of popular culture.My study of Frankenstein as a politically-charged monster that rears his malformed head at poignant cultural moments “promises to offer important insights for thinking about questions of difference in contemporary life” (Sharpe). The monster’s exclusion from the rights of the human exposes the “moral crisis of modernity” (Braidotti) which concerns reimagining the figure of the human in a post-modern world. Shelley’s monster “destabilizes the ontological foundation of what counts as human” (Hayles). My research focuses on a shift in the perspective of recent (re)mediations of Frankenstein. In these adaptations the perspective shifts from the scientist solely to the monster. Victor all but disappears and we follow the monster’s tragic struggle from ‘birth’ to death. As a result the audience feels more profoundly the brutal, ‘inhuman’ treatment of the monster as he is excluded from social justices. Consequently, the monster exists in modern mediations as a blurring of the boundary between human and non-human, through which he raises the issue of entitlement to rights.