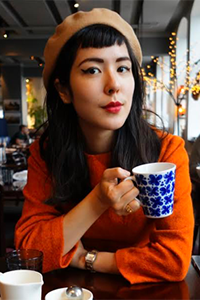 Chinoiserie Outside China 1945-present: How have British Chinese people experienced and demonstrated their relationship to their Chinese heritage through dress?

This project explores how British Chinese immigrants’ relationship to their Chinese heritage has been experienced and expressed through dress. The Chinese are a minority ethnic group in the UK, making up 0.7% of the population. They have settled in the UK since the early 19th Century, with significant waves of immigration occurring in the decades following World War II, and frequently coming from ex-British colonies as well as China itself. Chinese-style imagery has been popular in the Western cultural sphere since the 18th century, and fashion designers have exploited ‘exotic’ imagery as stimulus for their collections, including Chinese-style garments and styles inspired by East Asia. Costume designers have drawn on stereotypes of Chineseness in cinema and theatre, and Chinese people have frequently been depicted exclusively in ‘ethnic’ dress to mark their Chinese body rather than the ‘Western’ forms of dress worn by Chinese people across the world since the early 20th Century. This multi-disciplinary project combines textual and object analysis of visual and material cultures with oral history methods to assess how British Chinese people have experienced this representation of their culture in fashion and dress. It takes selective and comparative case studies of British Chinese subjects to investigate their views of the changing ways in which their heritage has been presented by outsiders by examining selected examples of ‘Chinese-style’ fashions from 1945 to the present day. It further investigates the self-presentation of British Chinese identity. This 70-year period covers the major waves of Chinese immigration, and interview subjects will be first-generation Chinese migrants and their descendants of up to 4 generations. These instances of cross-cultural dressing are experienced differently during different periods, informed by the social context. Clothing is considered as a facet of cultural heritage, and the usage of clothing as a tool of cultural assimilation.