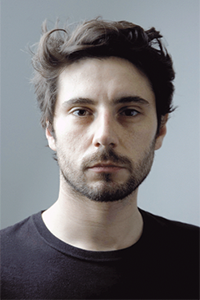 Alternative AIDS Video: the representation of the AIDS crisis in independent art video and film in the 1980s and 1990s London–New York

Since the 1980s, artists have played a crucial role in redefining the terms by which AIDS was represented and the history of AIDS artistic activism has been well documented. Nevertheless, it is still missing a systematic study and analysis of independent AIDS video and film. The aim of this research project is to examine alternative AIDS videos mostly produced in London and New York from 1981 to mid 1990s. This was when, according to Douglas Crimp (2002), AIDS was “normalized” and the epidemic seemed to be no longer considered a health emergency. My research focuses on a wide and heterogeneous body of archival video materials rarely circulated in public after their initial appearance in art venues, community centers and sometimes in independent film festivals. Whilst keeping these works in the historical context of AIDS artistic activism, this research examines how video artists used the same mechanisms and apparatuses employed by mainstream mass media to depict the epidemic in a new way that renegotiated the discursive meanings of AIDS, undermined the cultural establishment, and opened up a space for dissensus.This research contributes to this field of study by drawing on Chantal Mouffe’s theory of agonistic pluralism (2000) and analysing how, given the political contingencies of the first two decades of the AIDS era, these videos succeeded in breaking down established social practices of representation and, to use Michel Foucault’s power–knowledge paradigm (1972), intervening agonistically (or “counter-hegemonically”) in the set of power relations that dominated AIDS cultural constructions at the time. Not only will this research bring to the forefront materials rarely seen before; it will be the most comprehensive study of alternative AIDS videos up to date.