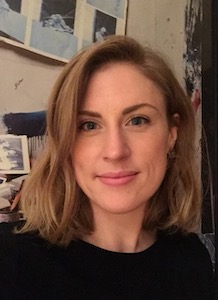 This research interrogates the problems of defining and documenting modes of artistic labour that operate outside the conventions of the art-historical canon. My thesis analyses how the meaning of the term ‘work’ mutates in art as the material traces of artistic labour migrate from informal sites of artistic production to the official places of art’s presentation and preservation.

The dominant conception of artistic labour today – as reinforced by popular culture, the art museum, and the market – largely derives from painting and sculpture. It rests upon an ideal of artistic labour as the work of the skilled hand of the individual artist who toils autonomously and alone in the studio. In post-war Britain, however, methods of artistic work began to emerge that were neither painting nor sculpture, and which departed the studio in order to infiltrate the working world and to contaminate the work of art.

This thesis focuses upon the artist-photographer Nigel Henderson, whose approach to artistic labour in 1950s London was characterised by negational, collaborative, amateurish and automated methods that resisted and reworked the traditions of skill, authorship and form. Crucially, despite Henderson’s departures from the category of art and its conventions, he never entirely vacated the authorial position of the artist. Instead, his efforts were oriented towards expanding artistic labour into new spatial, technical, material and conceptual terrains.

The question of the location of artistic labour is critical for this inquiry. My research is structured around a series of sites of art production, specifically those located outside the studio: the art school, the exhibition, the domestic interior, and the darkroom. The issues raised by Henderson’s approach to artistic labour are mapped against broader alterations to working life in Britain after the Second World War, when the balance between manufacturing jobs and clerical work shifted and industry was separated from new residential zones. Despite such changes, questions of work are largely neglected in the art-historical literature on the period, just as post-war Britain is overwhelmingly overlooked in the recent critical and theoretical scholarship on art and labour.

Crucially, this research grapples with the problems that Henderson’s approach to artistic labour poses for the art-historical classification of his work today, not to mention its cultural and economic valuation. These are problems I experienced first-hand when I was tasked with cataloguing the private, pre-museological and pre-acquisitional portion of Henderson’s archive, which is stored at the house he occupied from c. 1954 until his death in 1985. As I sorted through the morass of material, I was struck by its refusal of the art-historical conventions of authorial attribution, dating, and the identification of medium or form. The trace of Henderson’s artistic labour has an unsettled status in the present; its resistance persists today.

My thesis locates this archival encounter at the root of my research. I compare my experience of the material in its unstable state in Henderson’s private archive with the museological classification and taxonomical ordering of his work at Tate. By occupying the cleft between the informal archive at Henderson’s home and the official collection and archive at Tate, my research questions how the museum shapes the way that artistic work is known. Most fundamentally of all, I ask what kinds of labour are excluded as art is assimilated into the canonising conventions of art history.