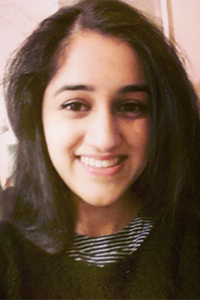 Global Watts: Allegories for All (1880-1980)’, providing the first comprehensive assessment of the international importance and influence of British artist George Frederic Watts (1817-1904)

NPIF Student at University of Surrey and Watts Gallery

This thesis examines the international reception of symbolist artworks by British Victorian artist, George Frederic Watts (1817-1904), in the global sphere between 1880 to 1980. It elucidates how the continued exhibition, circulation and dissemination of Watts’s allegories contributed to a series of political appropriations carried out by the movements, International Women’s Rights, Indian Independence and African American Civil Rights, which transform our understanding of the legacy of Watts’s art. This thesis aims to illuminate Asian, Black and White engagements in order to undiscipline and rebalance accounts of Watts’s artistic and social impact beyond Euro/Western-centric scholarly frameworks and public perceptions of Physical Energy in South Africa. From peaceful campaign to physical protest, private correspondence to professional journalism, fiction to homiletic literature, chapters analyse the plasticity of Watts’s symbolist language across three continents. In contextualising these engagements in global visual and material cultures, chapters show how Wattsian imagery became pervasive tools that helped fulfil Watts’s grand ambition of allegories for all. I argue that the circulation of Watts’s art did not simply radiate outwards from Britain, but reveals a map of multidirectional and interwoven connections representative of: the wider history of Victorian painting, the cultures engaging with and responding to artworks, and the peoples appropriating specific works for political emancipation. I use a transnational approach to map mobilities and examine unexplored or understudied visual and textual sources (in different languages) across British and international archives. In addressing art and activism, I engage with the fields of art history, literature, museum studies, critical heritage, celebrity studies, anthropology, and social or political histories. This thesis thus reframes the study of both Watts and his artworks in their global contexts in order to broaden our understandings of Victorian art, history and culture today.