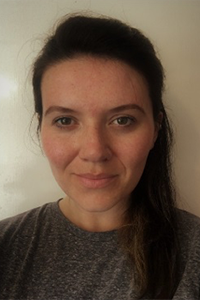 Pan-Mediterranean Study of the Representation of Christian-Muslim Negotiations in Western Sources, c.1050–c.1300.

This thesis will make an important contribution to debates concerned with the ‘clash of civilisations’ between Islam and the West. Scholars have yet to reach a shared consensus on whether an immutable clash of civilisations between Islam and Christianity can be identified, or whether, in fact, peoples of these two religions have often lived peacefully alongside one other. While this project does not seek to offer a definitive answer to questions of intercultural contact, it offers a unique and original lens through which to consider the topic.Broadly speaking, there are two key research methods which form the basis of this thesis. Firstly, I will consider the nature of medieval Christian-Muslim interaction across various geographical regions that witnessed such contact in this period. As such, while most previous scholars have focused only on individual regions, this approach seeks to use comparative work as an important means of accessing the field – which can only serve to enrich our understanding of attitudes towards cross-cultural contact during the Middle Ages.Secondly, this thesis will use the critical lens of narratology to re-examine the wealth of contemporary literature concerned with intercultural interaction and holy war. The purpose of doing so is to consider these texts as more than simple repositories of data. Rather, it will consider them as cultural artefacts which contain important clues – often missed – to medieval social, theological and political behaviours, ideals and values. While historians have begun to conduct narratological studies into the nature of medieval intercultural interaction, there is yet to be a cross-cultural comparative study of Christian- Muslim diplomacy.This proposed comparative study will thus enrich our understanding of intercultural contact during the middle ages, and by exploring the topic of diplomacy through the lens of representation – as well as crossculturally – would greatly inform the current debate.