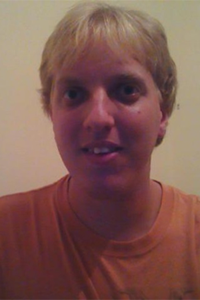 Hues of Thought: Darkness and Light in Pliny’s Letters

The contrasting shades of darkness and light in Pliny’s Letters - correspondence which Pliny later polished for publication - have presented scholars with an unanswered conundrum. Pliny is frequently optimistic throughout the collection that moral men will inspire a virtuous age. Pliny’s optimism is particularly striking in Book 10 (the collection’s final book), which contains Pliny’s correspondence with Trajan (emperor of Rome between 98 to 117 AD), written during Pliny’s governorship of Bithynia. Pliny’s virtuous governing in Book 10 hints at a potential bright future for Rome. However, while the Letters are often optimistic, Pliny is also subtly pessimistic, emphasising dark themes such as illness and death. In a ground-breaking study, Gibson (2015) has drawn attention to the importance of such ‘hues of thought’ in the Letters and argues that the collection’s content grows increasingly dark. However, Gibson does not offer a full explanation for why the collection darkens, only suggesting a gradual discomfort with Trajan’s rule. Additionally, Gibson’s hypothesis of a light to dark narrative is arguably too neat and does not synergise well with the optimistic content of Book 10, which he omits from his article. The aim of this project is to offer the first integrated reading of all ten books of the Letters and re-examine these ‘hues of thought’. To this end, I shall first demonstrate that the tone of the Letters is in a more constant state of flux than Gibson has acknowledged. Secondly, by analysing Pliny’s dynamic characterisation of the collection’s recurring figures, I will discover the various reasons why the Letters shift between light and dark. In sum: I hope to present a new reading of Pliny’s Letters which will significantly enhance our understanding of the socio-historical context in which they were produced and simultaneously advance new approaches to appreciating Pliny’s literary art.