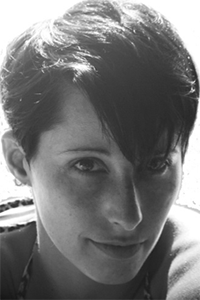 Space, Body, Costume: a re-framing of costume as a spatial and temporal dynamic in contemporary ballet through a philosophical reading of spatial relations and the body

This research focuses on re-framing costume in contemporary ballet as a spatial and temporal dynamic that can be analysed beyond its technical and ornamental values. I will conduct an in-depth study of The Triadic Ballet (1922) by Oskar Schlemmer alongside the ballet Carbon Life (2012) by Wayne McGregor through archive research of the former and analysis of the filmed performance of the latter. The Triadic Ballet marks a fundamental moment in ballet and costume history, that of the abstraction of the human form. Carbon Life develops this approach by further proposing the costumed body as a process of re-configuring space.The intention is to develop a method of exploring ballet costumes in relation to changing concepts of space and body from my unique perspective of the costume supervisor. Initially drawing on cultural changes that revolutionised perceptions of space in Modernism (Kern, 2003), four spatial concepts, which have not been applied to the study of costume before, will underpin this research.The Deleuzian diagram (Zdebik, 2012) will be applied to the study of the costume pattern. Topology as the study of space as form under constant change, allows ballet costumes to be analysed through notions of connectedness, limit, boundary, interior, exterior and neighbourhood (Mendelson, 1990). The spatial fourth dimension, which has widely influenced modern art (Henderson, 2012), will contribute to the analysis of my two case studies. The concept of negative space created by the darts and between the folds of the costume, will be analysed through the lens of the Japanese aesthetic concept of Ma, which means gap, void, space in-between, emotional space (Carter, 2013). The aim is to consider a re-framing through costumes of classical ideas of proportions, harmony and spatial patterns in human movements (Laban, 2011), which for centuries have defined our perception of ballet.