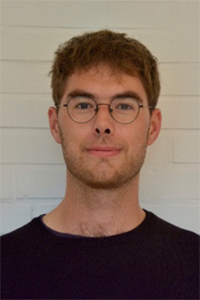 Whenever we think of the voice in either philosophical, psychoanalytical ways — or also as the singing voice in music — we connect a body and a subject to this voice, a human is being heard. The voice might be regarded as one main indicator of a person’s character, the sound of someone’s voice tells of its milieu, emotions, gender etc. I wonder now what happens when voice is constructed artificially from scratch, in a laboratory, without a body and without a subject that gives this voice a material basis and thus a human trace.Developments in voice synthesis have since the 1930s tried to let machines speak and thus design a humanly sounding voice by means of media technology. This technological framing of the voice allows me to ask fundamental questions of the voice and its bodily and/or disembodied status. How can we think voice with and without a body, with and without a subject? How can we conceive of this dilemma of voice which has troubled scholars for centuries and which through its synthesis becomes only more apparent?In my research project I analyse this friction of the voice as bodily/disembodied by sonic means. That is, I am following the singing voice as it is being heard in current popular music as well as in electronic music from the 1950s onwards. For this, I analyse the conceptualising of voice in the laboratories in which voice synthesis was developed (among others the Bell Labs in the 1930s and the MIT labs in the 1980s). What kind of voice has been imagined in these laboratory practices? And furthermore, how is such an invented voice perceived by its listeners? Can we think voice as not tied to a human body and instead make uncertain a dualism of machinic and human voice?