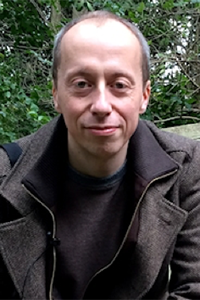 Dickens and the Heritage sector: Dickensland

Despite the fact that Dickens and Shakespeare are Britain’s most prominent global literary exports, the role of the heritage sector in facilitating Dickens’s rise to international iconhood has received very little critical attention. Though there is a great deal of work available on the role of the film and television industries in making Dickens the most adapted author for the screen of all time, Juliet John remains one of the few academics to have published work on his relationship to the concept of heritage as it plays out on screen and in other contexts, for example, museums, literary tourism and heritage organisations. The off-screen heritage sector is fast becoming one of the main growth areas in Victorian Studies today, with conferences like ‘Placing the Author: Literary Tourism in the Long Nineteenth Century’ (Elizabeth Gaskell House, Manchester, 2015), bringing academics working on English Literature, public history, geohumanities and cultural memory, together with academics and practitioners from the museum and tourist Industries. There remains, however, no monograph on Dickens’s relation to the heritage sector when there is in fact room for a sub-field. Given Dickens’s global cultural status, a significant research project in this area would cast important light on the processes (technological, affective, political, economic, geographical, institutional, and mnemonic) by which literary culture more generally can exert influence or impact on the public sphere.