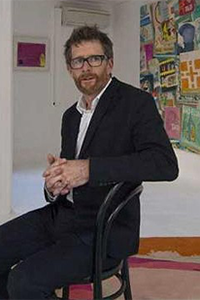 Alternative Methods of Supporting Artists in the Commercial Sector

Since the banking crash of 2008 the commercial art world has become increasingly polarised: the most economically powerful art galleries have opened multiple outposts across the globe, while several mid and small scale galleries have closed. Challenged by space costs in central locations, the rise of international art fairs, and the growing significance of presentation in virtual space, the mid and small scale gallery space is seeming under threat. This research will critically evaluate the current situation and speculate on alternative proposals for the future of the commercial gallery as a principle means to show, promote and sell the work of contemporary artists.Using a case study approach, I will focus on London as one of the key international centres of contemporary art, and home to a representative range of small, mid and large scale art businesses, several of the latter being international organisations. London is also the gallery landscape I am most familiar with as a gallerist, curator and writer. The key issues my research seeks to address are whether the gallerist could be an operator without the constrictions a high end retail model demands with its strict ideological codes of white space masking dazzling deals in a manner the early 20th century deemed appropriate. The gallerist as a connecting, distributing, managing and selling force is a role often seen in other creative industries – the music and literary world for example – and permutations on this role may offer viable alternative business models.The role of the commercial contemporary art gallery and the gallerist is a historically rich subject of enquiry, albeit a challenging area to research. Through an in-depth study of the London commercial art scene, including archives/interviews and business modelling, the aim is to propose new and alternative models for the relationship between artists and gallerists.