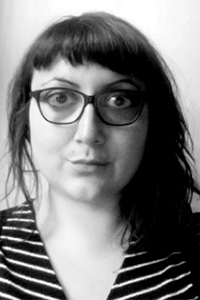 Expanded documentary, real-time news and the historicisation of the present

This practice-based research project aims to contribute new understanding to the way the acceleration of information has affected the historicisation of present events. This will be achieved through the production of an essay film and an installation that will focus on the afterlife of real-time news feeds produced by online news media outlets, namely their historiographical potential as documents. Given the recent debate on the role of online media platforms in the so-called Arab Spring, my research will focus on the Mediterranean region, Libya in particular. The ongoing war in Libya will allow me to scrutinise how unfolding conflicts are made sense of through constantly shifting narratives and unverified sources but also how their real-time narration is archived. Moreover, I will address a deficit of criticality and attention towards Italy's role in the Libyan Crisis, by expanding on my previous work on Italian (neo)colonialism (often marginalised in both international and Italian academia) as I will explore a political event that led to the use of real-time reporting on an unprecedented scale in Italy: the 2009 meeting between Silvio Berlusconi and Muammar Gaddafi in Rome. I will turn the online newsfeed published by a popular newspaper, La Repubblica, into a film script. Contributing to debates on expanded documentary, I will develop a hybrid and reflexive body of work exploring filmic and spatial montage through notions of acceleration, fragmentation, and synthesis typical of real-time news. In this way, I wish to test their effects on the perception of historical time. This work will be developed through a rigorous engagement with media theorists and philosophers such as Jean Baudrillard, Paul Virilio and Paolo Virno, as well as through the analysis of contemporary artworks that are engaged in expanding the documentary form to explore the transparency of evolving news formats.