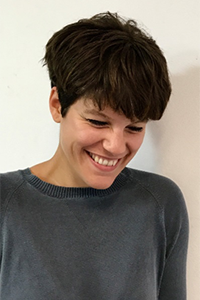 The Science of Ghosts: Breaching the Psycho-Cinematic Frame

As Bernard Stiegler implied in an interview based on the film Ghost Dance by Ken McMullen, we are already incorporated into cinema and cinema is already incorporated within us. Identity and cinematics exist in a haunted interrelation, intimating what they were, are now, and are about to become – a state Derrida calls “the science of ghosts”. They share qualities that can be sensed, felt, and witnessed through character, story and image, all performed within a frame - an enclosed space in which their meaning is defined and delineated, disturbing their interconnection/incorporation. But the frame itself is questionable: the visual arises only from the invisible, for that which is seen is marked out by that which never comes to presence. Such a frame of reference, or “frame of mind”, has hitherto been formed only of limitations that ultimately prevent new propositions of identity and film arising from their spectral joint existence.As progress depends on going beyond boundaries, this research aims to disrupt identity's and film’s "corporal" frame of mind, revealing their spectrality, and, from there, create new correlations of identity and film. Envisaging, making experiences of, and theorizing these new potentials would give rise to new approaches in filmmaking and new models of psycho-screen study. I will work with film, generating screen environments, characters and viewing experiences using approaches drawn from ritual, psychoanalytic diagrams and performance tools. I will study relevant literature and critical writing using a comparative analysis of relevant contemporary art. Qualitative research (interviews, observation, participation, visual notebooks) will produce theoretical and empirical findings to support the filmmaking. Collaborating with individuals and organisations including supervisors, peers, psychoanalysts, the Radical Anthropology Group and Psychic Society will help evaluate and contextualize the work. The research outputs will be three films, a doctoral thesis and participation in film festivals and symposia.