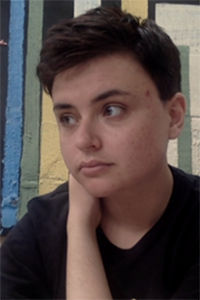 Assimilation or Resistance: The Medicalised Body in 21st Century

My research will address whether representing marginalised identities using Shakespeare is an act of assimilation or if Shakespeare can be used as a tool of resistance against dominant cultural ideals. It will explore how marginalised identities interact with the cultural weight of Shakespeare and how transgender and disabled bodies have been represented in UK, European and North American productions since 2000. It will also assess if productions are voyeuristic in their portrayals of these bodies and how the audience gaze impacts the ethics of representation.My thesis will focus on the representation of bodies that are subject to what Foucault defines as the medical gaze' in 21st century Shakespearean productions, notably disabled and transgender bodies of both characters and performers. These bodies are medicalised by an external gaze which separates the body from the self and places them into a liminal state between ‘broken’ and ‘whole’. They also question the limits of the physical self and how altering ones' external appearance impacts identity, rendering them some of the most marginalised in contemporary society.Exploring how these bodies are represented in Shakespeare productions will assess how Shakespeare has been used to uphold or subvert the marginalised positions of these bodies. The thesis will encompass commercial, subsidised and fringe theatre in order to assess a range of production types and national traditions. I will investigate how Shakespeare productions can be used as a tool of assimilation, whether they can be appropriated to speak for marginalised voices and if they can subvert the cultural hegemony.