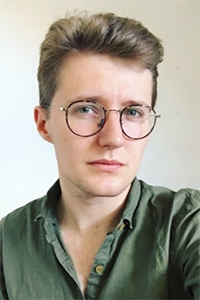 Ambassadorial Speeches in the Hellenistic Period: The Evidence of Polybios and Inscriptions

The role of oratory in interstate relations in the ancient Greek world has so far received only limited scholarly attention, and the representation of this type of oratory in the historian Polybios (ca. 200-118 B.C.) is an area that has yet to be systematically explored, despite the rapidly growing interest in his monumental Histories over the past three decades. Focussing on envoy speeches in this text and the ever-increasing body of inscriptions from the Hellenistic Period (323-146 B.C.), which provide summaries of real contemporary envoy speeches, this project will explore the following interconnecting areas:Are the ambassadorial speeches in Polybios mainly a product of a generic convention established in the Classical period (5th and 4th centuries B.C.) by earlier historiographers such as Herodotos, Thucydides and Xenophon? Or do they reflect and attempt to represent oratory as it was practised in Polybios’ own day in the Hellenistic period?In what ways do the hundreds of Hellenistic inscriptions containing summaries of ambassadors’ oratory contribute to our knowledge of envoy speeches in the 3rd and 2nd centuries B.C.? Of particular interest will be the question of how far the summaries of speeches complement or contradict the evidence of Polybios.This project intends to bring new evidence to the debate on the representation of oratory in interstate relations in the ancient Greek world. The inscriptional evidence for envoy speeches in the 3rd and 2nd centuries B.C. represents a mass of data that has previously gone unexamined by generations of scholars, and new inscriptions are discovered every year. Polybios is the first historian for whom we also have surviving summaries of real ambassadorial speeches that can be used to supplement the ones he composes in his text. This project seeks to collate this new evidence.