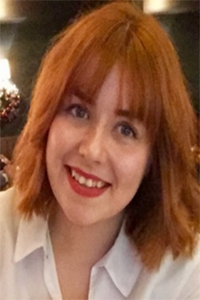 Female Cross-Dressing, Genre and Popular Literary Forms from 1830 to 1900

This project proceeds from the critical and creative thought experiment that gender theorist Judith Butler timetravelled to Victorian Britain and was in dialogue with female cross-dressers and populist writers across the 19th century. Deploying the trope of cross-dressing, I will consider the extent to which ‘performativity’ evidenced by real life female cross-dressers from theatre, visual culture and literary culture -- Vesta Tilley, Harry Stokes, Mary Diana Dods -- was also underpinned by a generic ‘performativity’: a porosity of boundaries both within and around popular forms. As many critics acknowledge, nineteenth century generic boundaries were sites of contestation: in the process of simultaneous emergence and re-definition. By pursuing visual forms of crossdressing as sites of connection between popular literature and theatrical culture, I will demonstrate that these re negotiated intersections, or intersex-ions, suggest new interpretive prisms through which to consider representations of gender as a key point of connection between the discourses of fiction and drama in the nineteenth century. Alongside archival research of real-life case studies of women cross dressing as men, my work will focus on three key areas in relation to the presentation of cross-dressing in theatre and popular fiction: plot device, stereotype and subversion.