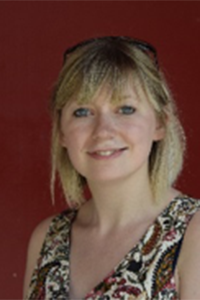 Characters with physical deformities are to be discovered in various guises in both canonical literature and popular fiction in the nineteenth century. Dwarves, hunchbacks, and individuals with missing or misshapen limbs are present in works by Walter Scott, Victor Hugo, Charlotte Brontë, Charles Dickens, George Eliot, Wilkie Collins and Mary Elizabeth Braddon, as well as in the novels of now lesser-known authors like Dinah Craik, Anne Marsh-Caldwell and Lucas Malet.Through an analysis of deformed characters and their roles within these narratives, this research will explore how use of the deformed body in the nineteenth-century novel can provide insights into nineteenth-century notions of identity, normality and, more specifically, contemporary attitudes to the body/mind dichotomy. By reading deformity in nineteenth-century narratives alongside contemporary scientific literature, particularly the works of Charles Darwin, Francis Galton, teratologists like Etienne and Isidore Geoffroy Saint-Hilaire, and psychologists including Alexander Bain, I will contextualise the importance of the literary deformed within nineteenth-century discourses of teratology, evolution, heredity and psychology in order to explore how specific works of fiction in this era interacted with, and responded to, new scientific claims. In so doing, I hope to provide an insight into how the congenitally-deformed body, subjected to the literary and scientific gaze, became a locus for nineteenth-century anxieties about the elusive nature of individual identity.Ultimately, I hope to show that the use of the congenitally-deformed body in nineteenth-century narratives is not merely a vehicle for “metaphoric opportunism”, as critics Snyder and Mitchell refer to it, but a means of interrogating and destabilising contemporary ideas about human origin and identity.