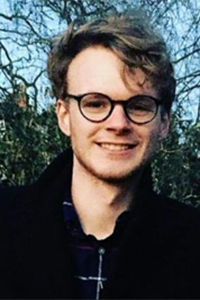 During the dark Antarctic winter of 1911, Captain Scott’s expedition assembled in their hut to listen to Cecil Meares, the chief dog handler, lecture on his travels to China and Tibet. Recounting the talk in his diary, Scott wrote: ‘[w]e are all adventurers here…and doing wild things in wild places appeals to us as nothing else could do. It is good to know there remain wild corners of this dreadfully civilised world’ (Scott 2006: 280). In common with many explorers of this period, Scott was captivated by the possibilities that ‘wild places’ offered to perform differently to what was expected, or even possible, in the ‘civilised world’. Being elsewhere granted the explorer’s body the freedom to act in new, sometimes unorthodox, ways—pushed by and to the limits at the ends of the earth. This project examines British cultures of extreme exploration between 1851 and 1913 and their relationship to questions of authority, bodies, science, culture, and identity. Four expeditions serve as its case studies, encompassing the variously intangible, inhospitable, and inaccessible environments of ice, mountains, and deserts. An interdisciplinary and interpretative approach will be used to analyse the preparation of each expedition, the expeditionary habitus, and the bodily experiences of travel and dwelling in remote places. These research foci will be examined through the analysis of archival and published written works alongside non-textual sources, including cinema, photography, and artwork. Visual and textual narratives will, together, be examined to reveal how particular gender, class, and racial identities were represented. This Victorian/Edwardian era of exploration has an enduring legacy in adventure tourism, expedition re-enactments, and public cultures (particularly through literature, film, television, and museum exhibitions). The project will generate new knowledge on histories of exploration, debates about ‘national character’, and the ways ice, sand, and rock were imagined within imperial culture.