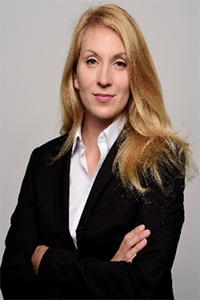 Strategies of resistance in the digital space: a feminist performance

The current rapid developments in communication technologies have brought about profound transformations in economic production and political engagement. Political philosopher Chantal Mouffe (2012) argues that those new forms of production allow for novel types of resistances to which artistic practices could make a decisive contribution, highlighting the link between art production and political engagement.In my performance practice I am aiming at creating a resistance against this new form of value production within a network based economy in the context of cyberfeminism(s). To this end, I appropriate political speeches, manipulate them, and circulate them online. My critique is focused on how value is created through relational activities and how circulation has replaced content as an indicator of relevance. This has led to an increase in personal data-mining and online-profiling by private corporations at the expense of online users’ privacy. At the same time the online space has been depoliticized because top-level actors (corporate, institutional and governmental) are relieved from the obligation to respond to messages sent by activists and critics and instead counter with their own contributions to the circulating flow of communications.Specifically, I have identified two relevant theoretical strategies to critique these developments:• over-identification: adopting a set of ideas, images, or politics and attacking them, not by a direct, open or straight forward critique, but rather through an exaggerated adoption of them• opacity to counter transparency, created e.g. through the refusal of clear demands or any demands at all as in recent protest movements such as OccupyI am investigating how these two strategies can help re-politicise the online space through a reflective account of my own performance practice and that of other relevant practitioners (e.g. Amalia Ulman, Cecil B. Evans). Also, I aim at identifying and exploring different modes and points of consumption by the audience of my art production to better understand its circulation.