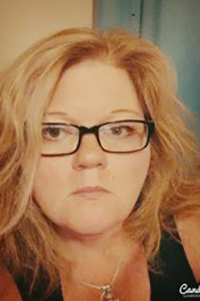 Between realism and the sublime: History in Cinema and Painting

From Eugene Delacroix’s interpretation of the 1830 revolution to Steven Spielberg’s version of Omaha Beach, 1944, visual representation of historical subjects is pervasive, influential and prized. Art has shaped “the past” for us, and our continuing allegiance to art’s interpretation of events demonstrates the power of retinal communication. This research project examines the depiction of history in film and its visual-rhetoric roots in painting. Many of the most popular and acclaimed paintings and films address “history.” How have assumptions and conventions survived and thrived in the “history genre”? How do cinema and painting address the tension between realism and the sublime in representing history?   The study builds upon recent research, especially Angela Dalle Vache’s examinations of the shared aesthetics of cinema and painting and John Trafton’s investigations of film and “spectacle.” It also draws upon Pierre Sorlin’s and Robert Rosenstone’s work on cinema’s “restaging” of the past. However, instead of synthesizing art and film theory, or trying to locate historical accuracy, my approach will use the concept of “visual rhetoric,” as developed by Sonia Foss, which has not until now been applied to the study of history in cinema. This project has developed from research conducted for my forthcoming book Art History for Film-makers. When investigating the artistic representation of historical events. I noticed the tension between the accepted rhetorical mode for history (accurate, neutral and detached) and art’s passionate and emotive accounts. We can call these two approaches the realist and the sublime. I will show how art and cinema use this tension to engage audiences but also pass on values and ideological positions