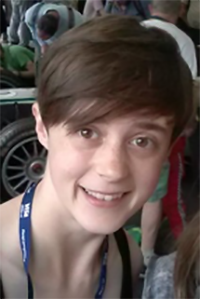 A history of Holocaust Oral Testimony

The Holocaust occupies a pervasive space in our collective consciousness: from vast quantities of books, films and television productions to museum exhibitions, public events and position in national curriculum, the subject is ubiquitous.  The witness testimony, considered the ultimate authority in communicating the incomprehensible nature of the horror, is at the centre of them all.  As we move towards a world in which survivors are no longer present to speak of themselves, the collection or oral testimony has increased exponentially in an attempt to preserve as many testimonies as possible for posterity.  Thus, the Holocaust has become the subject of the most prolific body of oral testimony in existence.  This is in no small part due to our preoccupation with its lessons as a moral imperative for our time, but though respect of these sources is quite justified and corollary is a lack of critical analysis: we ascribe such a fundamental importance and value of these testimonies that we forget that they are as much a product of context – of time, place and motivation – as any other historical source and that it utilise them to their full potential they must be understood and approach analytically in these terms.    My research aims to approach these sources from precisely the angle I outline above to provide an overview of the changing relationship between history and the historiography of the Holocaust and the impact this has had on the reasons why and processes by which these oral testimonies have been collected.  I hope to prove in turn that there is an inherent relationship between the nature and content of oral testimonies and the circumstances surrounding their collection, such that it is imperative for these sources to be properly contextualised before being used by researchers and educators alike.