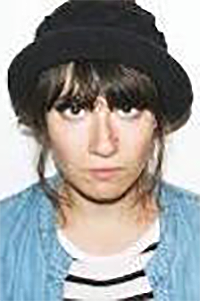 Second Cities: An Urban Aesthetics of Violence and Politics in Border Literature

The topic of borders is a relatively new and growing field in literature studies, benefiting greatly from both canonized and current interdisciplinary discourse in the disciplines of urbanism, politics, sociology and, more recently, philosophy. A sense of timeliness and urgency accompanies the introduction of borders to literary criticism, as national and community narratives are belied by the contemporary circumstances of mass migration, ethnic and religious divides, and shifting political paradigms. While criticism on immigration and border narratives of the world wars of the 20th century is well established, my work will help redress the insufficiency of criticism on literary representations of contemporary conflicts in relation to borders.  This project analyses contemporary city novels where conflict presents itself particularly through borders, creating contested urban spaces. These include conflicts of erasure (the post-colonial), conflicts of integration (the immigrant), conflicts of transformation (the post-communist), and the consequent impacts on identity. While the canonized city literatures of London or New York are marked by established historical narratives, this project will look at cities within whose public squares the viciousness of history continues to play out through a shifting topography of borders “meant to repress, displace, and disorganize.”1 I have chosen to prioritize texts with an urban context, as density necessarily constructs cities as spaces of communication and contributes to the expanding role of cities as strategic spaces for asserting conflicting identities. Accrued around the city’s built forms, these intersecting narratives are destabilized and deterritorialized, forming an aesthetics particular to the challenge of frontiers and dividing lines. Drawing from a range of interdisciplinary theoretical material – critical theory, urbanism, border studies, and memory studies –, a selection of transnational novels are addressed in terms of their engagement with borders as an ongoing friction. I look specifically at how violence and political conflict are located in literature and at the political potential for the literary urban landscape to function as a site of memorialization, contestation, and participation of diverse publics in the making, destruction, and re-making of urban space.