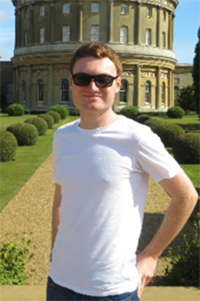 For over one and a half millennia, from Virgil’s Rome to Milton’s England, epic poetry was considered Europe’s most important literary form and played a formative role in shaping cultural identities. In the past seventy years, however, numerous scholars have claimed that the epic’s importance irrevocably declined during the eighteenth century, with Ritchie Robertson contending that the epic was untenably “anachronistic” in an age of modernisation and Alistair Fowler suggesting that the epic had “exhausted its evolutionary possibilities”. My research will pursue the hypothesis that there is evidence that the epic underwent a substantive change between 1675 and 1795, but not the fated decline in compositions, readership or critical favour that scholars have traditionally asserted. Instead, catalysed by interactions between literary criticism and concepts emerging from the fields of science, philosophy and cross-disciplinary theories of art, I will show that the idea of epic was transformed in the eighteenth century by a progressive obfuscation of the epic’s previously formal definition, and by the rise of an indeterminate adjectival use of epic that changed epic from a literary term into one that possessed proliferating meanings within multiple cultural contexts. Revising previous studies that have dated epic’s emergence as an adjective to the twenty-first century, my research will suggest that epic’s liberating reconceptualisation as an indeterminate adjective in the eighteenth century led to it becoming an important, culturally embedded term, which has been broadly implicated in how we conceive and represent quality, scale, sublimity and the monotonous for two centuries. Pointing to its distinct adjectival uses within political, aesthetic and colloquial discourses, my research will demonstrate that epic did not decline, but expanded after 1700, and will encourage future scholarship on the important, though transformed, role in our cultural self-representation that epic has retained to this day.