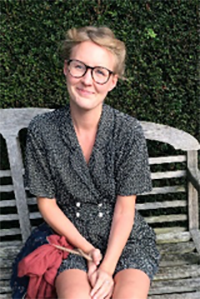 It is no coincidence that A.S. Byatt begins her ‘Quartet’ of novels in 1953, the year when Crick and Watson discovered the double-helix structure of DNA. For a series of books that was intended to be ‘about the mind-body problem’ there could not be a more provocative image to set the tone than this twisted-ladder of encoded molecules, which connects all living things to the dynamic processes of the material world (Byatt, 2005, p. 295). This study proposes that the ‘Quartet’, which comprises four novels published between 1978-2002, constitutes Byatt’s most discernible challenge to mind/body dualism through the reconceptualization of the material world as an agential force. As such, this project argues that the series should be considered a pioneering literary contribution to part of a wider project that is concerned with bringing materiality back into the foreground of the contemporary humanist picture. This burgeoning area of scholarship, which is collectively known as new materialism, is one of uncertain origin, making the prefix ‘new’ a point of contention among critics. By aligning Byatt with new materialism, this research not only rethinks the positioning of one the most important female British novelists of the last fifty years, but also contributes to the collective task of tracing the genealogy of new materialism. In addition, this research will make a contribution to the field of science and literature studies by examining how Byatt’s literary new materialism tightens, what C.P. Snow identified as, the gap between these ‘two cultures’. Overall, this project will assert that Byatt’s ‘Quartet’ is an example of new materialist fiction and that its central concern is to break down the mind/body opposition by re-instilling matter with meaning.