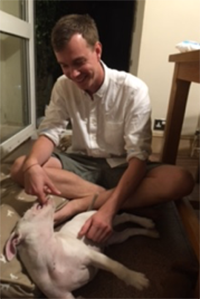 What is an intellectual? Foucault, Gramsci and social function

In this PhD I aim to construct a conception of the intellectual by analysing and evaluating post- Kantian philosophy and critical theory. Focusing on the work of Foucault and Gramsci, I identify the social function of intellectuals within particular power relations, eschewing the narrow, traditional conception of the intellectual as a philosopher/theorist in favour of an interdisciplinary notion that incorporates various political and social functions. The project simultaneously achieves a critique of formulations of the intellectual from within the tradition, emphasises the importance of intellectual functions in power relations and contributes to the on-going research on the make-up of neoliberal governmentality.  Writing within the post-Kantian tradition, I argue that Gramsci radically re-situates the critique of intellectuals, giving the notion a privileged, political significance. Following Gramsci, the project also draws upon recent political studies and critical theory that build upon his philosophy in order to reconstruct the logics of governmentalities. I demonstrate that understanding the intellectual necessitates grasping the institutional, technological and discursive conditions of the production of ‘world conceptions’ (the intellectual’s activity par excellence for Gramsci). Only thus can we properly relate the concept to the actuality of intellectual functions today. With this new notion in hand, I forge a new reading of Foucault’s work.  There are three specific contributions: firstly, I think through the political role of universities (a privileged technology of power-knowledge for both Foucault and Gramsci). Secondly, by rethinking the position of certain subjectivities within power relations – thereby contributing to the redrawing of the cartography of hegemony – the project is of value to the domain of political philosophy, which often ignores the ‘who?’ of power in favour of the ‘what? or the ‘how?’ Thirdly, the research offers a co-reading of Foucault and Gramsci that emphasises intellectual functions in the former and subjectivation in the latter.