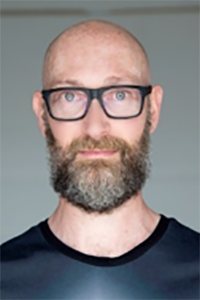 This practice-based research attends to queer and feminist understandings of sound, memory, voice, temporality and spectrality, specifically in relation to audiovisual art. Through an analysis of artworks and material practices, I identify a range of subversive strategies implemented by artists intent on amplifying the voices of marginalised communities. These include alternative modes of listening, seeing and feeling that complicate hegemonic notions of history, genre, representation and subjectivity.

The project examines five single-screen, digital artworks that I have created as part of my research, as well as works by seven other artists: John Akomfrah, Clio Barnard, Evan Ifekoya, Mikhail Karikis, Patrick Keiller, Charlotte Prodger and Wu Tsang.

The structural framework of this thesis is comprised of different configurations of time and subjectivity. A journey that encompasses a vast array of temporalities: from the deep time of geological landscapes and their mythological narratives; the embodied present in all its haptic sensuality; the recent ‘historical’ past; then forwards and outwards towards the future, with all its multiplicitous possibilities.