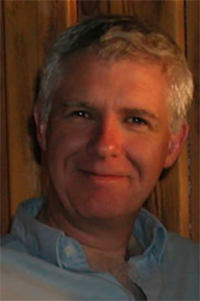 William Dawes sailed with the First Fleet from Portsmouth in 1787, landing in New South Wales in 1788. By the time he left in 1791, amongst other significant work, he had used two notebooks to record the language of the local Indigenous people, including conversations that he had with them. While many Indigenous people contributed, his relationship with a young woman called Patyegarang was crucial. This is one example of a diversity of colonial-Indigenous first contact encounters that will form the basis of this research.  While apparently firmly placed in the past, such first contacts have significant roles in subsequent relationships and encounters, including in the present. This research will look at the dynamics of the initial encounters and their subsequent and present day roles across a range of times and spaces. It will do so by considering them as performances or performative (Butler, 2005). For example, Dawes’ and Patyegarang’s encounter will be considered as having been ‘performed’ initially through the creation of the notebooks and subsequently by academics (Troy 1992), authors of fiction (Grenville, 2008), curators (Sculthorpe et al. 2015) and choreographers (Bangarra, 2014).  One of the aims is to understand how such encounters are performed in the present, their spatio-temporal dynamics, and contemporary roles. Contemporary neo-historical performances of such encounters may be found in the academy, cultural institutions, the heritage and tourist industry, film and television, theatre, drama and arts workshops. Their influences on societies have been studied across the humanities, social sciences and the arts. This research will build on work in these contexts to bring diverse historical and contemporary encounters together to be viewed through the lenses of performance and performativity. By doing so, the research aims to contribute to our understanding of their role in the cross-cultural dynamics of contemporary societies.