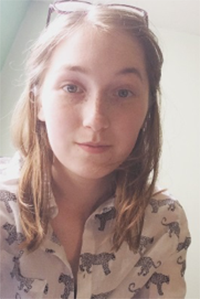 My as-yet-untitled project examines a range of late twentieth century orchestrations and reworkings of canonic nineteenth-century lieder, loosely grouped into three categories: those which orchestrate the original piano accompaniment without altering other basic parameters of the songs (eg. Berio’s Mahler orchestrations and Grisey’s Wolf orchestrations; Glanert’s Jahreszeiten); those which significantly distort the harmonic, melodic, rhythmic, structural, and textual content of their originals (Zender’s Winterreise: a composed interpretation; Pousseur’s Dichterliebesreigentraum); and those which sit between these extremes (Reimann’s Schubert-based Mignon,reworkings of Schumann and Brahms, and Mendelssohn-based …oder soll es Tod bedeuten?; Golijov’s She was here, Holloway’s Fantasy Pieces and Reliquary).

Most of these works date from the late 1980s, 1990s, and 2000s, and my project will situate them, variously, within the broader and already well-documented turn of many post-war composers to the nineteenth century for musical and aesthetic material (Henze, Rihm, Nono, etc). My considerations will be analytical, aesthetic, and hermeneutic, interrogating the various possible meanings—musical, ontological, cultural—of hearing nineteenth-century songs through the lens of late twentieth century musical adaptations, arrangements, and reworkings.

The contextual reaches of my topic stretch back to traditions of song orchestration and adaptation through the nineteenth and twentieth centuries, and their implications for and interactions with questions of genre and timbre; I am also interested in the interpretative challenges posed by songs that were written in two (or more) timbral configurations by their composer (Berlioz, Mahler, and Strauss are obvious examples). Outside of my doctoral project, I maintain keen interests in song, opera, and voice studies, the music and reception histories of Schubert and Mahler, and in musicological ‘completions’ and compositional engagements with ‘unfinished’ works.