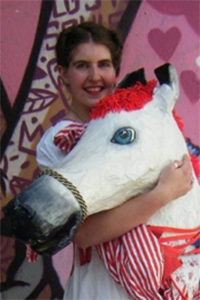 What do the English dance? An ethnographic study into English social folk dancing as corporeal and cultural phenomenon

Late January, the annual Moulton village Extravaganza is taking place. In a school hall on the outskirts of Northampton people of all ages have gathered to dance. The music, drums, electric guitar and bass alongside the melodeons play both old and newly composed tunes. The dancing is energetic – but ordered, the movements dictated by the caller on stage, the more experienced dancers helping the novices. Strangers hold hands in lines and embrace closely in swings. The event is a barn dance, elsewhere the same movements, perhaps even the same band, caller and dancers are called folk dances, country dances, ceilidhs or, by those wanting to stress an English rather than Celtic identity, English ceilidhs. This is English social folk dance and it is increasingly found outside of specialist events and clubs at charity fundraisers, corporate evenings and private functions such as weddings and birthdays. Through in-depth analysis of dance events this thesis will be the first to delineate contemporary English social folk dance by proposing parameters and identifying canonical content which would define this dance form.  Through ethnographic methodology, participants’ conceptualisations, especially those derived from their corporeal engagement will be elucidated. Although the nationalistic motivations for the revival of folk dance in the Edwardian period are well documented, the continued enthusiasm for folk dance and its increasing diversification throughout the 20th century and beyond is not. Folk dances’ increased popularity with non-specialist participants raises pertinent questions about the appeal of this hybridised folkloric activity within contemporary society. This thesis will discuss diverse theoretical considerations which are raised by participants, such as concern for physical, kinetic and/or inter-generation isolation in quotidian life or the desire to temporarily embody a distinctly English ethnic or folkloric identity.