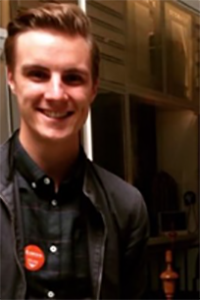 Women's Sport and Leisure in the Workplace: A cultural study of gender and class construction in interwar England

An exploration of the engagement and impact of workplace sport and leisure in interwar England, specifically focusing on women and the construction of gender identities.  Many company and public bodies provided education, recreation and sport in this period for their employees, and often these opportunities were shaped by a post-war social and paternalistic vision.  However, while provisions had previously centred overwhelmingly on males, the huge influx of female labour into the workforce during WW1 led many employers to promote similar, yet often lightly gendered, pastimes also.  Sports made available to women included cricket, football, hockey and netball.  This vision is epitomised by second-generation Quaker business-owners including Joseph Seebohm Rowntree and Edward Cadbury, both of whom argued businesses had a care of duty and responsibility to improve the lives of their workers.  Yet while their beliefs have been partially studied, a number of other large and small business adopted a similar approach that have gone unrecorded – including Huntley & Palmer, Boots and the Civil Service.  These were often in ‘light’ manufacturing or white-collar industries previously dominated by male workers, but increasingly associated with the hiring of greater numbers of female employees.  This research indents to act as a cultural case study of the intersection between gender, class and employment in England.  As sport and leisure activities were highly gendered and debated cultural areas in this period, which often varied regionally, the research aims to illuminate how these areas were shaped by and helped influence changing concepts of ‘masculinity’ and ‘femininity’.  It aims to challenge the dominant belief that women’s sport was the sole preserve of the middle class and through analysing the viewpoints of other institutions, from trade unison and government to sporting bodies, develop a greater understanding of the interlinking nature of gender and class identifies in interwar England.