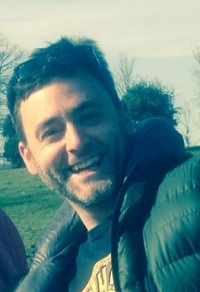 ARV Gay Bodies: The Production of Sexual Subjectivities in the Realm of HIV prevention

This project examines the use of antiretroviral drugs among the UK gay male population for HIV/AIDS prevention and treatment, using a historical perspective from the point of view of the conceptualisation of subjectivities. In 2012, the U.S. Food and Drug Administration approved Truvada as the first antiretroviral drug to avoid HIV among those considered to be at higher risk of infection. Since then, the use of Truvada for Pre-Exposure Prophylaxis (PrEP) has been endorsed as a critical biomedical intervention to prevent HIV by a multiplicity of local and international institutions such as the World Health Organisation in 2015 and the Terrence Higgins Trust in United Kingdom. Practices of PrEP are creating new sexual subjectivities boosted by discourses that combine pleasure, responsibility and risk management.

Using a combination of oral history, media and archival sources, the study will focus on two different populations separated by a medical – historical event: the emergence in the mid-1990s of highly active antiretroviral therapy (HAART), which dramatically extended the life expectancy of people living with HIV.  On one side, the study will pay attention to the role of AIDS activism in the 1980s and first half of the 1990s in the emergence of sexual and therapeutic subjectivities. My focus will be on patients who voluntarily agreed to take part in clinical trials before HAART. On the other side, I will study the existing relationship between the practices of PrEP and the emergence of new sexual and therapeutic subjectivities. These new subjectivities, highly indebted to the activism of the 1980s and the first half of the 1990s, are engendering new questions about the relationship between subjectivities and (ethical) sexual practices. My focus on this post-HAART era will be the gay population engaging in Pre-Exposure Prophylactic practices with special attention to ethical aspects linked to risk management reasoning.