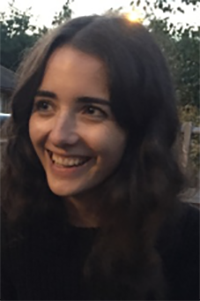 Evolutions of political space: reframing the postmodern through radical sites of poetry and architecture from 1950-present

This thesis will explore the relationship between poetics and architecture in the twentieth century, as a means of addressing the question of postmodernism at the start of the twenty-first. Attending to the material, structural, theoretical, and figurative parallels between the disciplines, this thesis will be grounded in a
contextual reading of the radical poetry and architecture that developed in the USA and Canada between 1950 and the present day. In this research, I will track the lineage of ‘postmodern poetry’, looking from the New York School writing of Frank O’Hara in the 1950s and 60s; to the language poetry of Susan Howe in the 1970s and 80s; up to the work of contemporary poet Lisa Robertson, who is widely regarded as belonging to the Kootenay School of Writing. I select these poets not only because of their temporal spacing across the latter half of the twentieth century, but because all three write with a sensitivity to urban place, to the material, to the spatial, and to the architectural, and all have engaged in a radical and politically involved poetic praxis. I will map these poets onto what I will term an ‘architectural evolution’ which, I suggest, progresses from International Style Modernism, to brutalism, to hi-tech, to postmodernism, and to neoliberalism - a lineage which I will be the first to fully theorise. In bringing these two disciplines together, this thesis will engage with a visual and spatial re-conception of the ‘coupure'1 between modernism and postmodernism, and will practically apply the spatial and material theories of language, which have proliferated throughout the twentieth century, to the real, built environment and to the public space of the polis. By implementing this original methodological approach, my research will both redefine prevailing aesthetic terminology, and reimagine the political power of poetry for the twenty-first century.

1 Frederic Jameson conceptualises postmodernism as “some radical break or coupure[…]most often related to notions of the waning or extinction of the hundred-year-old modern movement”: F. Jameson,
Postmodernism, or, the Cultural Logic of Late Capitalism, (Durham NC.: Duke University Press, 1991), 1.