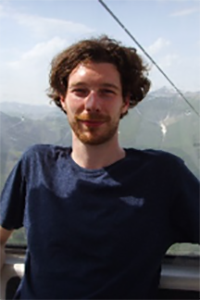 The Genesis of Disjunction

Continental philosophy has moved beyond declarations of the death of the subject to reconsider how agency can be thought without being reduced to ideological notions of the individual. When it comes to political philosophy this has had the effect of removing the tie between history and subjectivity inasmuch as it can no longer be argued that politics consists of self-conscious agents acting out set roles in a historical narrative. However, by losing the connection with history such theories of the subject risk falling into voluntarism. We can therefore ask if there is a different way of thinking about agency that does not rely on the outmoded concepts of history or the subject, but instead has done with them altogether. My research will examine the philosophy of Gilles Deleuze, and in particular his notion of ‘disjunctive synthesis’, as a way of thinking the relation between agency, time, and praxis, to see if it can better inform current ways of thinking about transformation in political philosophy. To do this it will explore the way Deleuze uses psychoanalytical concepts, such as the unconscious, as well as less familiar philosophical doctrines, like Nietzsche’s eternal return, to look behind Deleuze’s more explicitly political work to see how his recasting of fundamental aspects of philosophy feeds into his politics. This aims to show that Deleuze’s philosophy is motivated by a concern to fundamentally rethink subjectivity in terms of a way of acting that affirms that the future cannot in any way be prefigured and is governed by chance. This has important implications for the way in which we think about political transformation and my project will draw out how these can be developed to further our understanding of the agency involved in emancipatory political sequences.