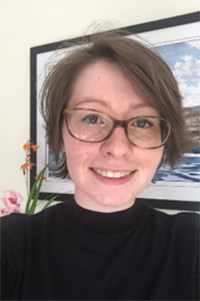 My thesis will establish the significance of cutlery to the Victorian mind through an interdisciplinary study that differs much recent work on Victorian material culture and ‘thing theory’ in foregrounding the relationship between language and objects in literature. Love-lorn ‘spoonies’, a phrase used repeatedly in the nineteenth century, is an example of a linguistic sublimation of the identity into the domain of cutlery. By situating the objects of a text in their linguistic, social and historic framework, it is possible to fully render the world of the narrative, and to understand how characters operate within these parameters. Cutlery functions as literal, linguistic and literary prosthetic and in so doing raises fundamental issues about the boundaries of the human.  By utilising non-fiction sources, such as etiquette books, in conjunction with canonical and noncanonical literary texts, I will explore why character is so often subsumed into the realms of cutlery in both realist and non-realist fictions. This sublimation occurs most often when a character is in danger of subjugation or humiliation, connecting these utensils with psychological power structures. Through the medium of cutlery I will be addressing the construction of fantasies of the self and the Victorian psyche. Key research questions will be: how was literature affected by non-fictional forms of writing, such as the vastly popular etiquette manuals which had chapters devoted to the use of the knife and fork? Why is cutlery the site of linguistic experimentation in Victorian literature? How does cutlery blur the boundary between the human and the object, and what does this means in terms of identity? Why is cutlery repeatedly used to figure power structures? And, following this, how is the humiliation and mockery that is aimed at the diner used to frame broader ethical issues?