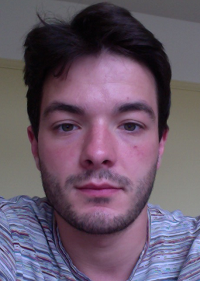 The Time of Information: A Human-technical Relation

Information technologies are deeply embedded in the transformation of society, perhaps on a global scale. However, information per se, perhaps the concept most central to this shift, and its necessary relationship to temporality and the human, has received little detailed inquiry. But before we can understand what information is, we must understand how information came to be, and what information was; what, in short, were and are its conditions of possibility. Here there are two (related) elements of time. One is the historical development of the concept of information, and the other is the temporality contained within the concept itself. In the first sense, an investigation into the production of the concept of information during the historical transition from thermodynamics to information theory and cybernetics (broadly the 1830s to the 1950s) is crucial, paying particular attention to the development of the related concepts of energy, entropy and work. In this way, this project does not approach information as a metaphysical or scientific element which was (further) developed at the turn of the century, but rather attempts to understand its conjunctural importance as a concept produced by particular philosophical, scientific and social circumstances. The second, more technical temporal aspect requires an investigation into the temporality internal to the concept of information. Indeed, if information is necessarily temporal, broadly the movement of signs, it might be understood, following Stiegler, as a technics of time. This project will consider the effects of the concept of information, so constituted, on the ontology of the human communicating and living with, or through, information.