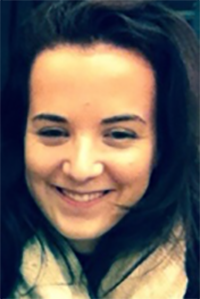 The proposed thesis is an interdisciplinary research project that draws on ethnomusicology, urban policy, cultural policy and arts management to explore music in the context of rapid global urbanisation, as 54% of the global population live in urban areas (United Nations, 2014). In particular, it studies new towns, addressing the ways in which cultural policy, economics and urban policy impact their development and their residents and how it is expressed musically. New towns are often seen as dull (Finnegan 1989) and their residents do not feel at home (Pazhuhan et al. 2015). Music is interwoven with society, urban and economic life (Reyes 2012) and may even be prophetic of our society's future as suggested by Attali (1977).  It is thus an excellent focus for studying social development in new towns.  Ethnomusicology has been concerned with issues of urban environment (Cohen 1998; Krims 2007).  However, its focus remains on old towns, despite the current context of rapid urbanisation. The proposed thesis wishes to address this gap. The town of Cergy-Pontoise (north-west of Paris) is chosen as a case study as it was created with a focus on cultural facilities to avoid being impersonal (Hirsch 2000). Cergy-Pontoise was created only a few years (1965) after the creation of the French Ministry of Culture (1959).  Consequently, cultural decentralisation policies of the new ministry impacted its development. This proposed thesis wishes to address the ways in which cultural policy, economics and urban policy have impacted Cergy-Pontoise. The methodology will combine quantitative (e.g. analysis of cultural budget) and qualitative methods (ethnography, in person and online).  The thesis will aim to be able to inform decision-makers on how to spend public funds for maximum social output and how to design urban and cultural planning that are effective on the ground and in the long run.